The shape of Almen Saturation curves has distinct characteristics - a rapid initial increase in arc height/time followed by a sharp "knee", after which, increases in arc height/time are at a much lesser rate but appear to continue indefinitely. Saturation is defined as the point on the curve where, doubling the exposure time, results in arc height increases of 10%. This is a straightforward specification.

However, actual determination of Almen Intensity is a complicated processes as illustrated by the hypothetical part below:

The part can be peened only by making multiple passes until 200% coverage is attained. Fractional passes are  not possible (i.e. by increasing pass-speed). Almen strip fixture simulates the part. Setup run  is shown below - all arc heights are in/1000. 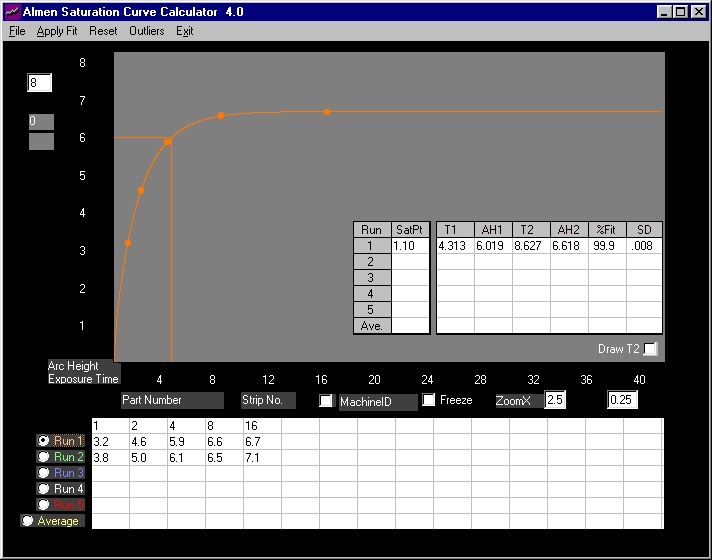 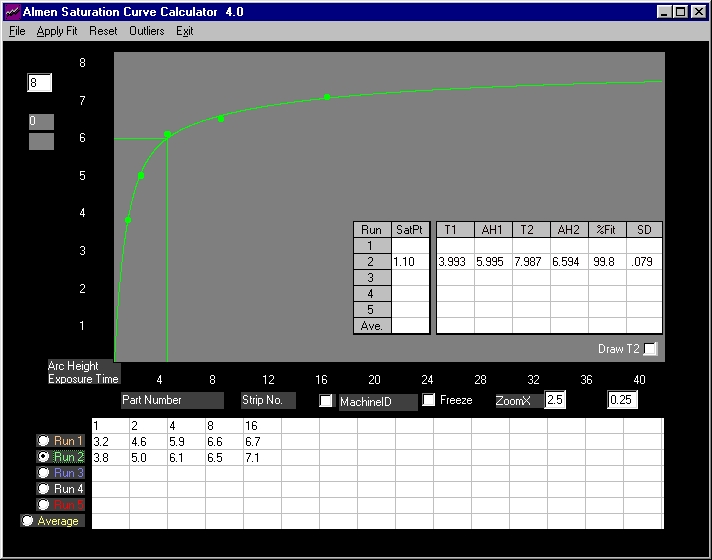 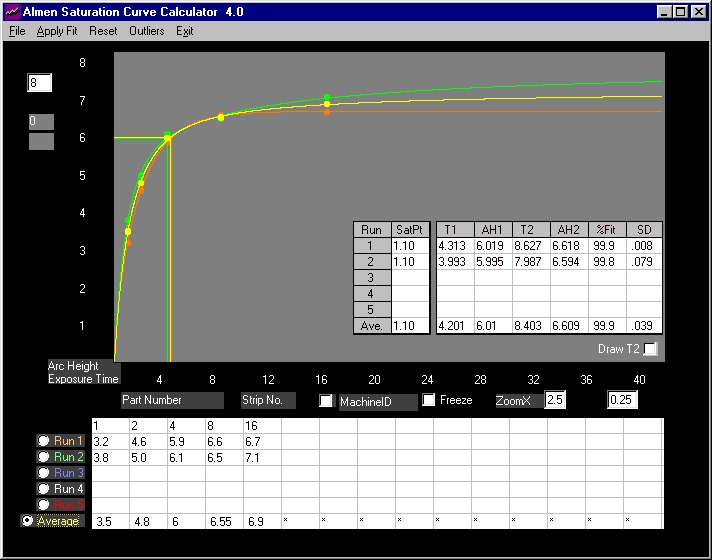 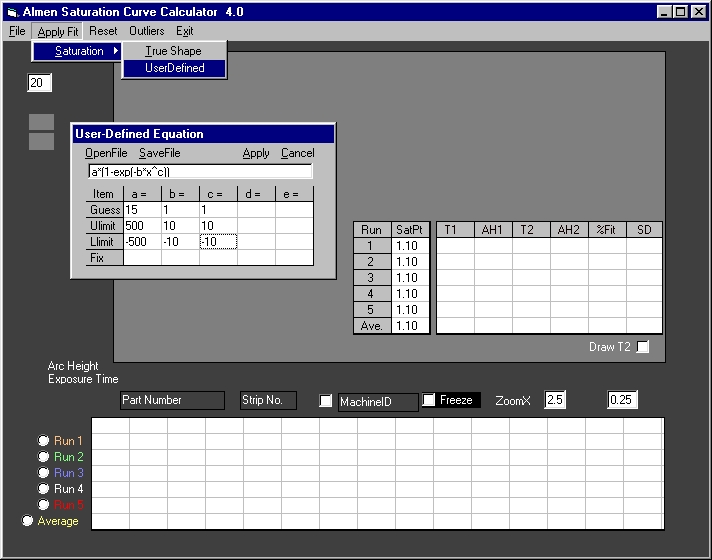 Fig. 4 (Format Flexibility)   Powerful features designed to meet unique and variable requirements that may be encountered in use.